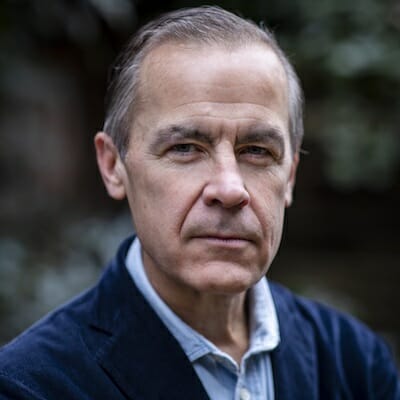 Mark Carney is currently the UN Special Envoy for Climate Action and Finance and the Finance Advisor to the UK Prime Minister for COP26. In these roles, he is leading initiatives to align the global financial sector with the transition to Net Zero. Mark was Governor of the Bank of England from 2013 to 2020 and Governor of the Bank of Canada from 2008 to 2013. During this time, he served in a number of additional roles including leading the post-crisis global financial reforms as Chair of G20’s Financial Stability Board from 2011 to 2018. Prior to entering the Canadian public service, Mark had a thirteen-year career at Goldman Sachs in London, New York, Tokyo and Toronto. Born in Fort Smith, NWT, he was raised in Edmonton, before receiving his undergraduate degree from Harvard and his doctorate from Oxford. His first book Value(s): Building a Better World for All was published this spring. 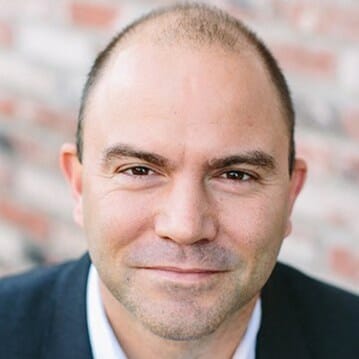 Ben Rhodes is a writer, political commentator, and national security analyst. He is currently a contributor for NBC News and MSNBC; co-host of Pod Save the World; a senior advisor to former President Barack Obama; chair of National Security Action; and author of the forthcoming After the Fall: Being American in the World We Made (June 2021). From 2009-2017, Ben served as a Deputy National Security Advisor to President Obama. In that capacity, he participated in all of President Obama’s key decisions, and oversaw the President’s national security communications, speechwriting, and public diplomacy. He is the author of the New York Times bestseller, “The World As It Is: A Memoir of the Obama White House.” His work has also been published in The Atlantic, The Washington Post, The New York Times, and Foreign Affairs.

Laure Waridel is an environmental sociologist (PhD) and Associate Professor at UQAM’s Institut des sciences de l’environnement. Co-founder of Équiterre, Pact for Transition and Mothers Step In, she is the author of several books including Acheter, c’est voter and most recently La transition, c’est maintenant. She has also made a name for herself as a columnist for Radio-Canada, le Journal de Montréal and le Journal de Québec. Laure is the recipient of numerous honours including the Order of Canada, the Order of Quebec, and the rank of Knight of the Ordre de la Pléiade de la Francophonie. For Laure, her greatest achievements are her two children, Colin and Alphée. 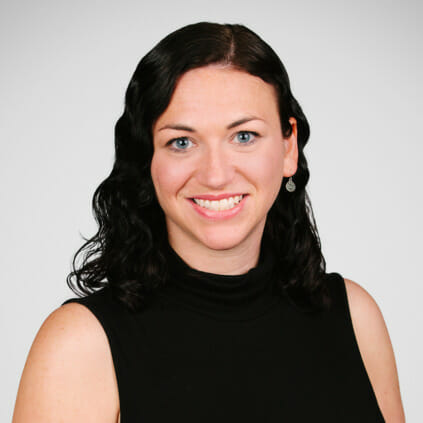 Caitlin Mitchell is a partner at NEWCO Strategies. For over a decade, Caitlin has worked at the intersection of digital strategy, management, and politics, helping national organizations and campaigns build grassroots movements to advance progressive causes and fight for working people.

Most recently, Caitlin served as Senior Advisor for Digital for the Biden-Harris campaign. In that capacity, she helped reimagine the campaign’s grassroots organizing, fundraising, and communications strategies with digital-first programs to adapt to the COVID-19 pandemic and meet voters where they are.

Joe Biden and Kamala Harris won the 2020 election with 81 million votes, more than any candidate in history, and the largest popular vote margin since the election of FDR. Caitlin helped lead the team that powered this victory, driving record-breaking grassroots fundraising that raised over $800 million and a majority of the campaign’s revenue online, as well as record-breaking voter contact, with nearly 700 million voter contact attempts made in the four months leading up to Election Day. Caitlin also helped the team re-envision the campaign’s digital-communications strategy, including the development of a first-of-its-kind counter-misinformation program and the creation of a first-ever digital partnerships team that led Joe Biden to beat Donald Trump in online engagement the last two months of the campaign.

During the 2020 primaries, Caitlin served as Chief Mobilization Officer for Senator Elizabeth Warren’s campaign, leading 160 staffers on the campaign’s Digital, Tech, and Paid Media teams and helping build a movement of over a million grassroots supporters. In this role, she oversaw the campaign’s entirely small-dollar powered fundraising efforts, raising over $113 million, as well as the campaign’s paid media work, ranging from TV and radio to digital and direct mail, all produced and placed by their in-house team.

In the 2018 midterms, Caitlin served as Chief Mobilization Officer at the DNC, overseeing the organization’s digital and direct marketing work. In this role, she transformed the former digital team from 10 to 45 staffers, led the DNC to raise over $100 million for the party and Democratic candidates, and oversaw the “I Will Vote” program, which reached more than 60 million Americans about the importance of voting in the midterms entirely through organic channels.

During the 2016 cycle and into the first year of Donald Trump’s presidency, Caitlin served as Vice President of Digital at EMILY’s List, where she led the organization to record-breaking growth and fundraising during the cycle, and helped launch Run to Win, a national campaign that recruited more than 40,000 women to run for office in the wake of Donald Trump’s election.

Caitlin got her start in politics in Chicago, working at AKPD Message and Media, Organizing for Action, and on the Obama 2012 presidential campaign.

A proud native of Akron, Ohio, Caitlin’s interest in politics began at a young age, and some of her earliest memories include knocking doors in her neighborhood in support of the local public school levies, pulling her younger brother in a Radio Flyer wagon behind her. From these experiences, she saw the power of speaking out for what you believe in, the tangible benefits progressive policies bring to communities, and the idea that with a grassroots movement of like-minded people working together, anything is possible.

Those beliefs are what still drive the core of her work today.

Caitlin’s work has been recognized in The New York Times, CNN, Time, Fast Company, The Washington Post, Politico, and more.

Caitlin lives in Washington, D.C. with her husband and two cuddly cats. 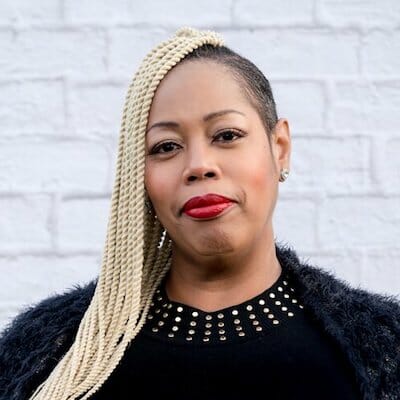 Mũthoni Wambu Kraal is a veteran political strategist, team builder, organizer and trainer. She has served as a senior level advisor and trainer to seasoned and aspiring political leaders and parties, both in the U.S. and internationally. She is known for her diplomacy but also for speaking truth to politics, and for her broad expertise in campaigns, talent recruitment, building strong coalitions and leading diverse operations.

Mũthoni most recently served as the National Political & Organizing Director at the Democratic National Committee. In this role, Mũthoni directed the electoral and organizing strategy as well as major investments of the party committee; and served as a key surrogate and messenger. Mũthoni has worked in progressive politics for over two decades and she’s played a pivotal role in historic campaigns, including helping Democrats to win the White House in 2020 and critical races across the country with a record-breaking voter coalition.

Prior, she spent almost a decade at EMILY’s List, the nation’s largest political resource for women, shaping women leaders from the School Board to Governors. While serving as the Vice President of National Outreach and Training, she helped to launch their largest candidate recruitment and training campaign, engaging over 40,000 women.

She got her start in campaigns working two cycles at the Democratic Congressional Campaign Committee raising money for candidates and Congressional incumbents in tough races. That’s when she saw up close that some of the most underrepresented groups in Congress—women and people of color—weren’t keeping up with the growing budgets of campaigns.

This led Mũthoni to co-open and run a woman-owned fundraising firm that serviced clients at every level of political office, including Barack Obama’s winning U.S. Senate race. She’s worked for the labor movement at the AFL-CIO; and held senior level roles with then-U.S. Senator Joe Biden and the late U.S. Senator Kay Hagan of North Carolina.

Mũthoni grew up in New York City. She’s a graduate of Howard University where she earned a B.A. in journalism. Mũthoni is a member of Delta Sigma Theta Sorority, Incorporated, a lifetime member of the American Council of Young Political Leaders, and an active member of Global Progress, an international progressive policy network. She resides in Washington, DC with her husband John Peter and their young son Mirii. 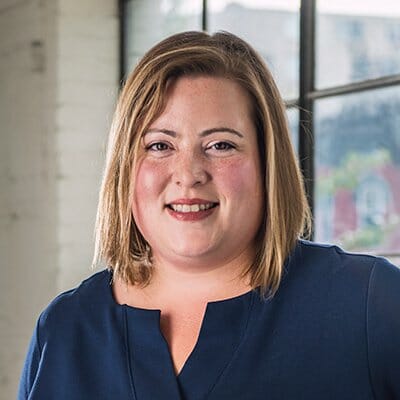 Amanda is the General Manager of Organizing at NGP VAN. Previously, she spent five years in our Product department, working with national and international clients to improve and develop new features that help campaigns and organizations maximize NGP VAN’s organizing tools to win in the field. Amanda believes strongly in marrying new technology with traditional organizing best practices to achieve efficient, grassroots-driven field campaigns. She has also spent more than a decade working in field and get out the vote (GOTV) operations on local, state, and national campaigns. Most recently she served as the Statewide GOTV Director for both Senator Elizabeth Warren and Senator Ed Markey in her home state of Massachusetts. 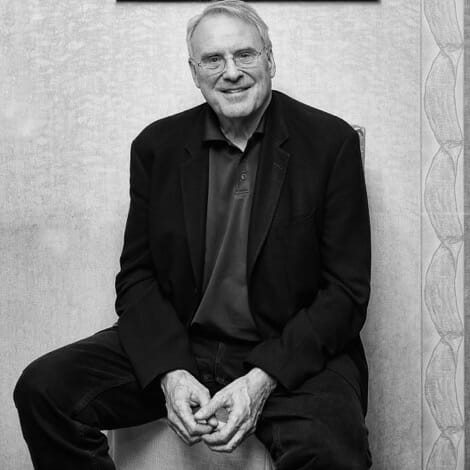 Ken Dryden was a goaltender for the Montreal Canadiens in the 1970s, during which time the team won six Stanley Cups. He is a member of the Hockey Hall of Fame, was a Member of Parliament, a Cabinet Minister, and is the author of several books.